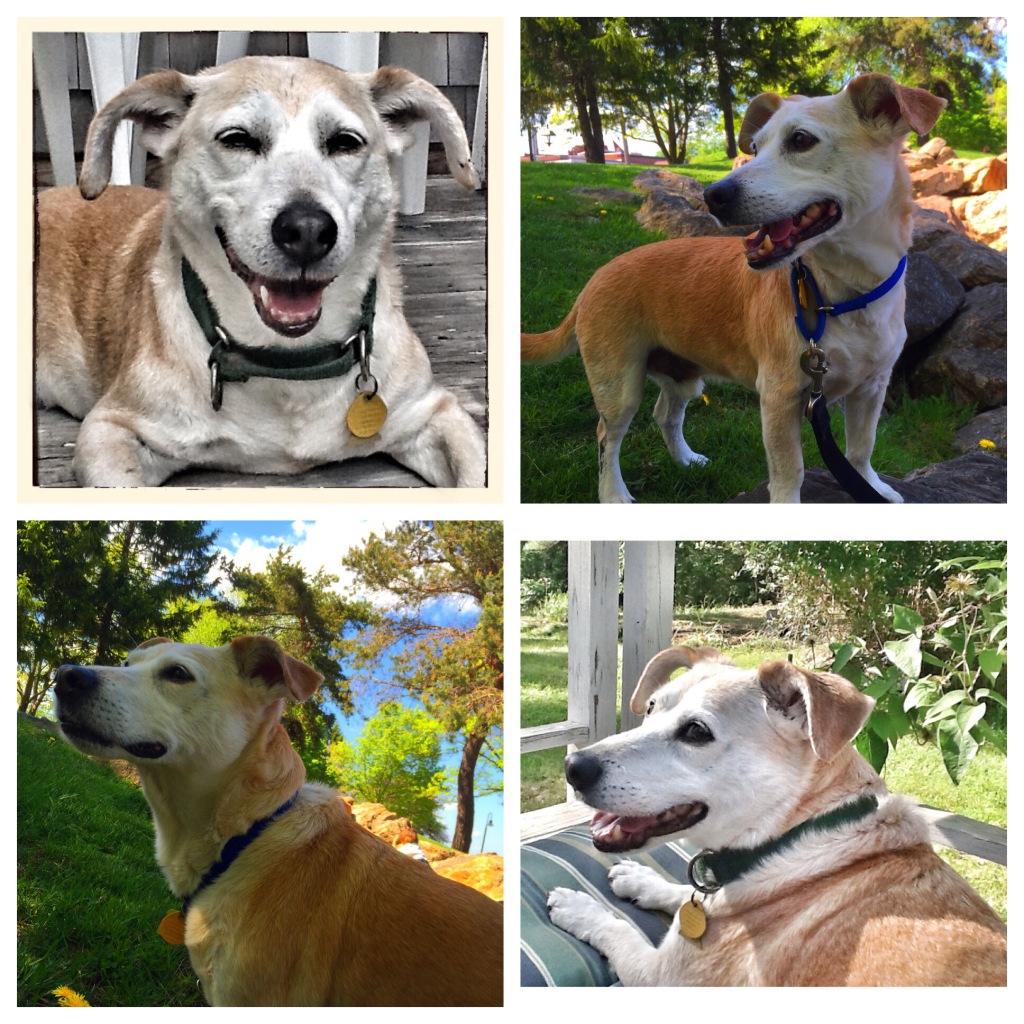 I’m sitting here at the end our our vacation contemplating for very practical purposes the Soul of a Dog.

My husband and I have been vacationing at Happy Nook, his family’s cottage in Maine, for about 30 years. 15 or so of those years has been with our beloved dog Paco. Paco was a rescue Sato (Street Dog) from Puerto Rico. 1/2 Beagle 1/2 Terrier 1/2 Corgie 100% best dog that ever lived. We said goodby to Paco the Friday of Memorial Day Weekend 2017. It was the hardest most intensely emotional thing we have done thus far as a couple.

So here we are again on vacation at Happy Nook with Paco one last time. My husband has been referring to the small cedar box that contain his ashes as actually being Paco. Is it? Maybe in a sense but here is where we get metaphysical I guess.

Our intent was to end this vacation with a ceremonial a scattering of his ashes in a place we knew with absolute certainty Paco loved.

When he was first brought up here he would run around the cottage with breathtaking speed. I swear his paws hitting the lawn sounded like a race horse. He could not do that at home in our tiny backyard and never really ran like that in a dog park. He was truly unleashed! He would ride proudly displaying his doggie life jacket while the three is us paddled the Cove in the canoe. Well two of us paddle while he watched for dangers from sea and shore. He would bark hysterically as we dove off the rocks at high tide. Only once if I remember correctly did he actually jump in to “Save” us and was totally dumbfounded when we dove in AGAIN! He always took the lead on hikes and long walks at Sagadahoc Bay at low tide. He would not be pleased that the people in the house at the access point the Bay have recently claimed it as private property. He would also enjoy an impromptu ride in the wheelbarrow while helping to move piles of mulch. 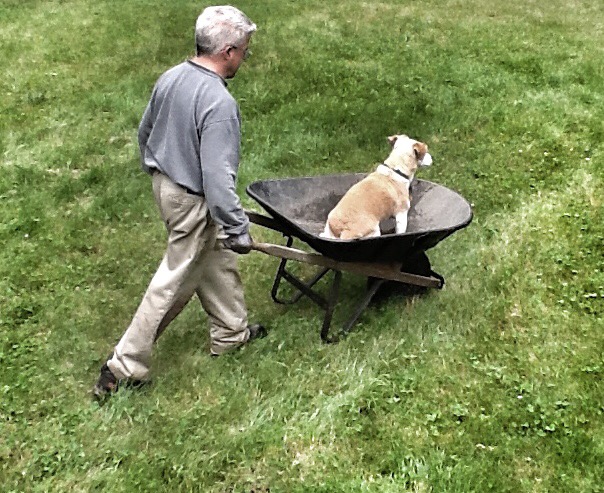 When we would pack up the car to leave he would (when he still could) jump into his place in the back seat as if to say you guys ain’t leaving me here are? For 15 years we were a trio. This last part I believe is what has given my husband second thoughts about scattering Paco’s ashes at Happy Nook in Maine rather than our small backyard in Boston. Would we essentially be leaving him behind? Would he think we were?

So here we sit contemplating the Soul of a Dog or any Soul for that matter. Now I know there are a gazillion interpretations of The Afterlife or The Rainbow Bridge. I grew up Catholic and have had a long long time to eschew most of THAT but it did, it’s fair to say, give me a sort of spiritual foundation. I also believe in Magic, String Theory, Alternate Dimensions, and of course some sort of Energy Transference when we die. I would also very much like to believe in fairies and elves. My husband on the other hand came to spirituality, or dogma thereof anyway, later in life and that may be why this is harder for him. I don’t really know, read his blog! All joking aside we both know deep down inside that the rituals around death and burial are more for the living than for the ones we have lost. The Soul, The Spirit, The Energy of that Lifee has gone on to new adventures. That makes me feel the most comforted so that is what I choose to believe till I get to find out for myself.

SO IF we scatter Paco’s ashes here in Maine rather than our tiny backyard in Boston I’d like to think of Paco again charging around the cottage like a race horse. Roaming free and smelling the smells. Perhaps greeting his old friend Bear from up The Lane. Free to explore the wonderful, peaceful, serene place Happy Nook is. Maybe he will jump in the car one last time. Maybe he will ride back home with us. Maybe he will look up from playing at see us ride off and remember us as the two guys who loved him very very much. Then he’ll catch a smell and run off into the wild blueberry bushes and underbrush gleefully no longer, if he ever really was, worried about Ticks!